Though I do affiliate marketing full time, for the past few years, I had experienced a bit of a plateau in my business and in order to beat it, I decided to invest in a service called Affiliate Coach, created a man named Jay Niell.

In this review of Jay’s Affiliate Coaching, I want to cover: 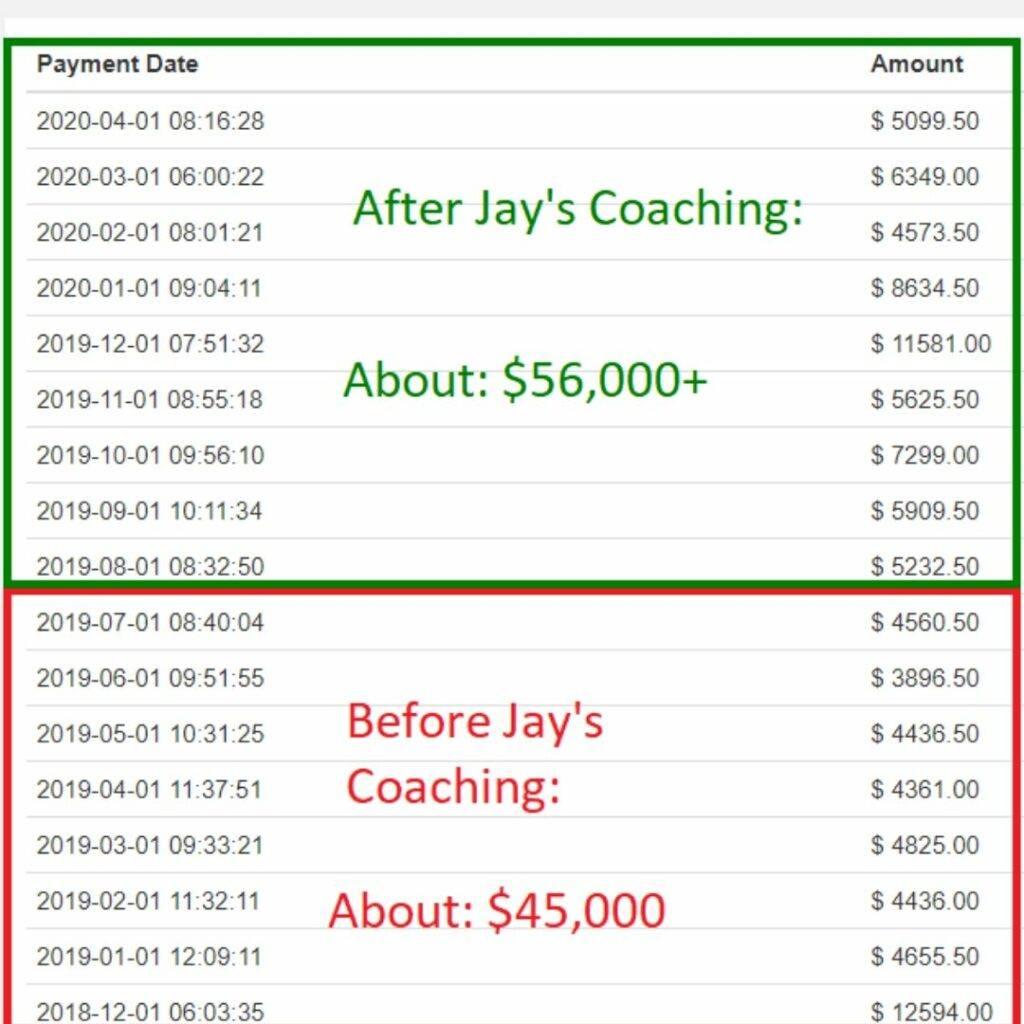 In short, before Jay’s training, my affiliate income reports were hovering around $3,000-$4,500 monthly, which is great and all, but I had always wanted to double and triple that.

I had years where I’d make 6 figures from affiliate marketing, but those were hot and cold situations where there was no “passive income” element to it.

My goal in this business was to reach stability and passive income levels, and the $3,000-$4,500 was an example of that. But like I said, I needed it to go higher.

Thanks to Jay, my affiliate sales increased substantially, because I am averaging over $5,000 in my affiliate business today thanks to him (and it is growing).

The income report you see to the right is one of the many case studies I want to show you to explain how Jay helped me.

Before I do that, let me explain that there are pros and cons to Jay’s affiliate coaching:

How much is Jay’s Affiliate Coaching? 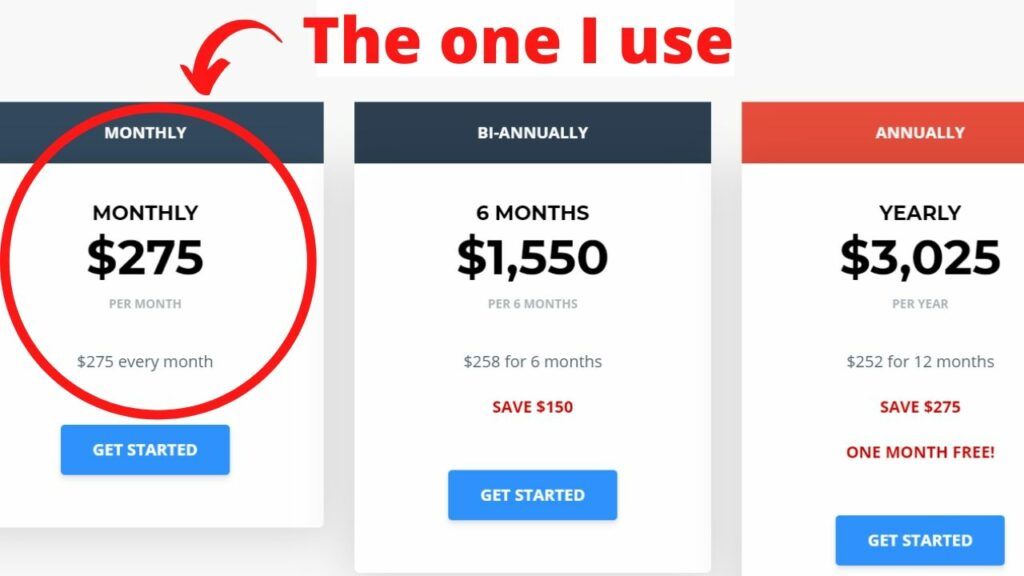 How does it work? Affiliate Coaching’s services explained: 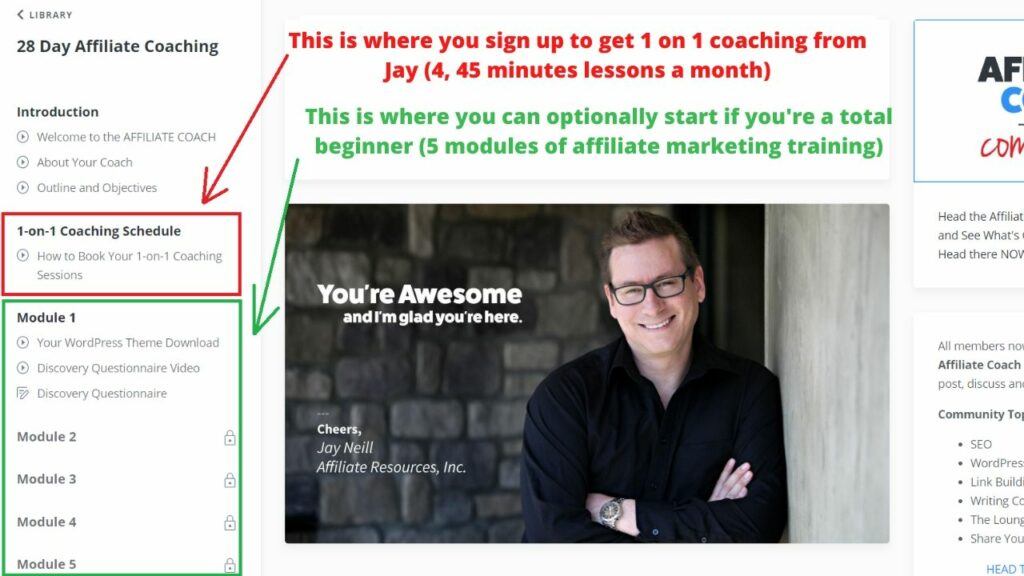 Depending on the level you are at when you start, you can choose with either doing the training and/or going straight into doing 1 on 1 sessions with Jay.

10 areas where Jay helped me grow my affiliate business:

Pinterest was a total enigma to me but I knew it had potential to help me expand my business. Jay helped me understand how it works as well as how to market on it. Now I know Pinterest well.

2) I now know about using YouTube Ads thanks to him.

One of the scariest pay per click platforms I had reservations about trying was YouTube Ads and thanks to Jay, I had set up more than 1 successful ad. I now understand this platform and it helped me expand my business too.

3) Jay helped my main website rise in traffic and profits.

Upon doing an audit of my site, Jay spotted where my site could use improvement and how to raise my affiliate profits. About 10% of the extra money I made that you saw above came from the advice I took from him and used on my main website to get more money.

4) I now understand Bing Ads even better now thanks to him.

Bing Ads happens to be one of the more successful ad platforms I’ve ever used, even before Jay’s help came into the picture, but after his training, that has expanded further.

Much like YouTube Ads, Facebook Ads was also an enigma for me and thanks to Jay’s coaching, I now know about how to use it and am pushing forward with my business there too.

I used to have a great deal of success with these, but at some point in time I got stuck. I currently run multiple 1 page websites that get traffic and make sales thanks to Jay’s help.

7) Jay helped me optimize nearly every part of my business, so I save money and fix “leaks”.

Whether it was a website, my YouTube channel which does affiliate marketing, or whatever else, I was able to cut out bad parts of my business and grow new ones that are profitable.

8) Jay helped me grow my existing YouTube channel and expand it.

I probably made an extra $10,000 since I started on YouTube with Jay’s help and my subscriber base has grown to over 2,000. I also have a ton more confidence in the videos I make now and it’s greatly helped improve the extra income my business brings through YouTube.

9) My knowledge spike thanks to Jay helped me grow my affiliate business further.

The new knowledge I received from Jay has helped me created a mass amount of new content on both my blog and YouTube channel to also help other people understand that same things I once didn’t. This has helped bring more people to my site and also grow my business.

10) Jay helped me figure out how to use Canva.

Canva is an awesome affiliate marketing tool I recommend, but the learning curve of figuring it out myself was taking too long. Within 2 lessons, Jay was able to help me become an active and pretty successful Canva user, whose tools I now actively use for my business.

The final reason I recommend Jay’s Coaching (A personal story):

In affiliate marketing, you are either in 2 situations:

While Jay can totally help you if you’re in the first category, I was in the second category when I began studying with Jay and I had ideas on what I wanted to learn.

In this business, I wanted to expand into new fields and diversify my income portfolio but the time it would take me to learn about these places, not to mention the money I’d have to overspend to do it was always something that kept me from taking that huge risk.

In short, I was stuck in a plateau because of these problems.

This was solved when Jay’s Affiliate coaching came into the picture and when I told him how I wanted to grow my business and the new ways I wanted to diversify it, he was able to help me filter out which ideas were good, which were bad and which ones we should focus on.

From there, we began to incrementally work on different things to expand my existing business’s profits and/or to dive into new realms to expand my affiliate marketing profits.

The time and money I saved from having his expertise was a difference maker. Having that expert help in fields that once scared me to put money into made it easier to dive into and learn from.

And with the new 1 year I had been using his services, not only did my income grow, but my knowledge did as well, which I had taken and then put back into my business to make it grow.

Many of the new blogs and tutorials I now do are a reflection of that new knowledge Jay gave me and they help attract more visitors to my site, which gives me even more profits in the process.

The short story is that Jay’s Coaching works.

But you have to actually do what he says. Otherwise, you’re just wasting your money and his time. Do if you can afford it, I 100% recommend it. If you cannot, then try my affiliate coaching instead.

But if I had to give him a rating, Jay’s Affiliate Coaching gets 5 stars easily.

Jay helped me become an even more successful affiliate marketer and I couldn’t be happier for it! After all, he did make my income rise and with that, I am now able to live a better life. I’m certain he can help you do the same.

Just a sec! Want me to personally coach you to succeed at affiliate marketing? Watch this: 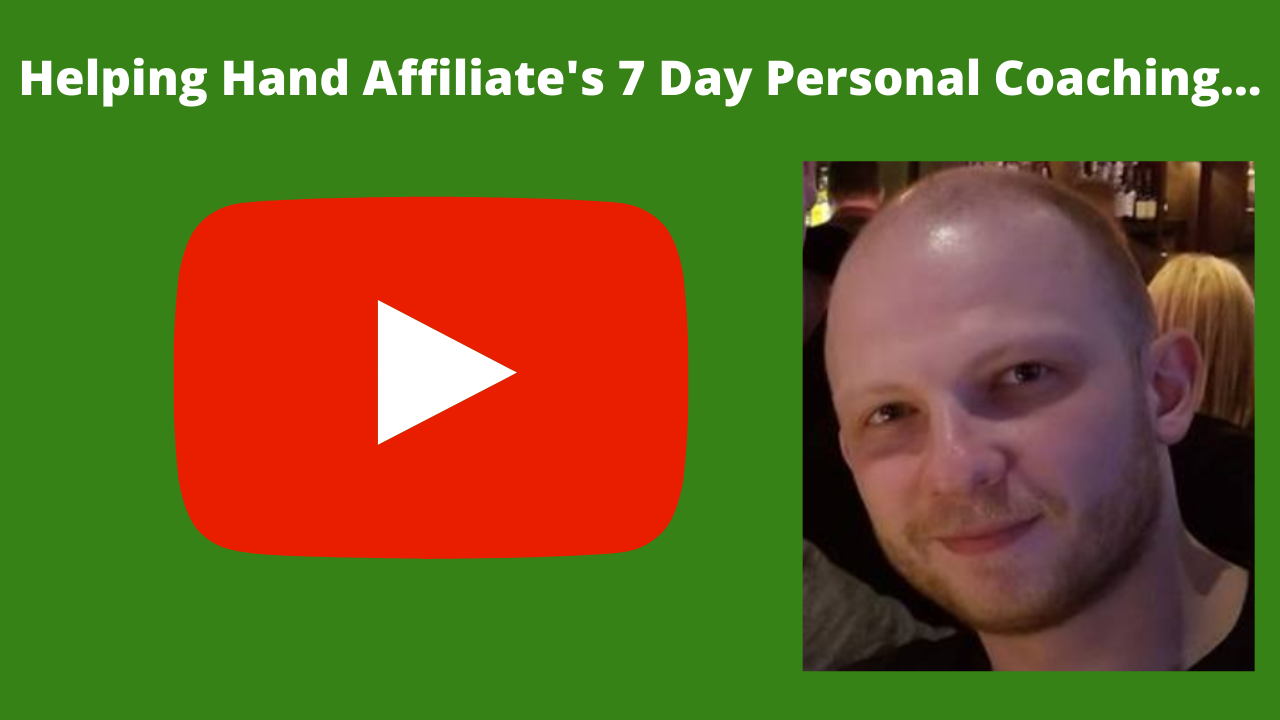